Recently I was chatting on Facebook with a friend who is a very committed Rotarian, and the topic of polio eradication came up.  I was a little taken aback when my friend told me that he had polio eradication fatigue, due to the seemingly incessant calls for donations.

That got me thinking.   The campaign against polio reached a crunch point during the horrible polio epidemics in the developed world of the 1950s, when fear of the disease drove people from public places. The breakthrough came when Salk produced his lifesaving vaccine. That vaccine and the later oral version developed by Sabin eventually made polio history in the First World.  Parents could breathe easier. 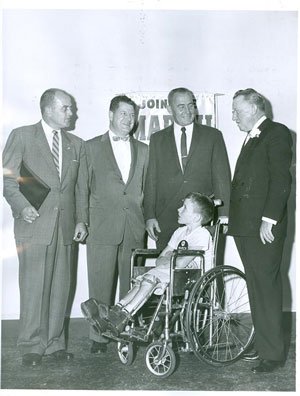 Parents in the western world can breathe easier.

Polio was still rampant in the Third World in 1987, with 35,685 cases reported by 168 countries. As a consequence of this ongoing tragedy, Rotary International declared war on polio as part of a global campaign to eradicate the crippling disease.   Steady progress was made over the years, but as with similar eradication campaigns, the last 1% is the hard part.  We seem to have been saying “this close” about our efforts to eradicate polio for ages.

That can be very frustrating.

There have been recent exhilarating successes. The declaration that India was wild polio-free in 2013 gladdened the hearts of all who have contributed to the campaign.

Just when we thought we were getting there, so came the recent reverses. Civil war, poverty and social unrest have created opportunities for polio spot fires to ignite in Syria, Somalia and other places.  These serve as a constant reminder that the main line of defence is a fully protected populace. That requires caring people on the ground delivering vaccine to vulnerable children, often in remote locations and where vaccination teams are sometimes at high personal risk.

Fundraising is key to the ongoing battle with polio.  Two fundraisers that really seem to have captured the collective imagination are: Why do these fundraising campaigns work so well?   Social Media!

Paul and Mukesh know their social media stuff and the results are there for all to see.  Success!

These fundraisers and many others have raised millions for polio eradication.  Rotarians have also been in action at the sharp end of the eradication program, too, traveling vast distances to personally  deliver lifesaving droplets of vaccine straight to the mouths of at-risk kids.

The 26 years since the Rotary polio eradication campaign started has seen huge progress made.  We’re down to the last, most frustrating  bit and yes, the glamour wore off ages ago. But that’s why we’re Rotarians – we take on the tough jobs.

And as Bill Gates said: “As long as polio threatens even one child anywhere in the world, all children — wherever they live — remain at risk. The stakes are that high.”