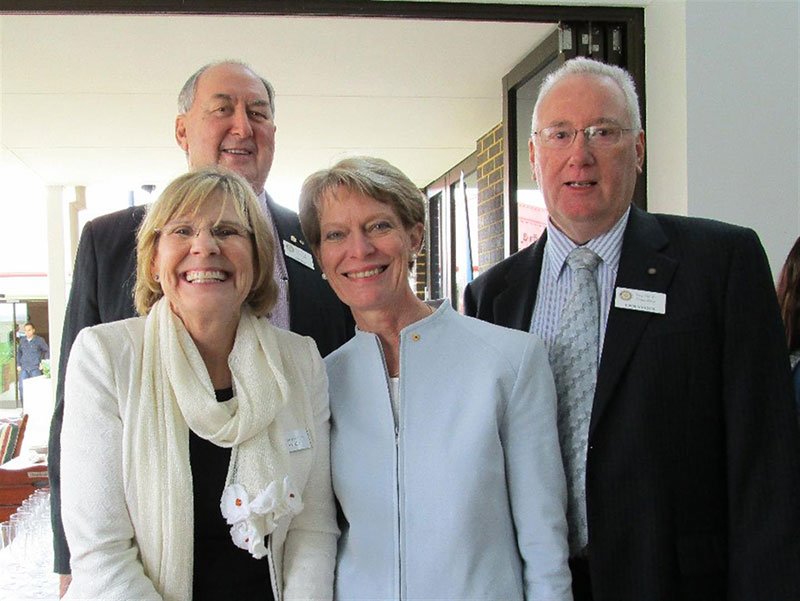 The Rotary Club of Southern Districts has contributed $50,000 towards establishing the Lyn Beazley PhD Scholarship, which will fund a PhD student to conduct research at the Brightwater Care Group, Oats Street, Acquired Brain Injury facility.

Fiona Allenson, a PhD Scholar at the  University of WA, has been appointed to undertake research at the Oats St facility.  Fiona will be guest speaker at the Rotary Club of Southern Districts meeting on Tuesday 11 November 2014.  Southern Districts is delighted that Professor Beazley will also be in attendance on 11 November.

The Lyn Beazley PhD Scholarship was established with a $50,000 contribution from Professor Beazley and the $50,000 donated by Southern Districts Rotary.   UWA is contributing the wages for the scholar so the Foundation is not drawing on the principal.  Another $150,000 has been raised from the Corporate sector so the Foundation is off to a good start.

Well done members of Southern Districts Rotary for your hard work in raising funds for this vital research. 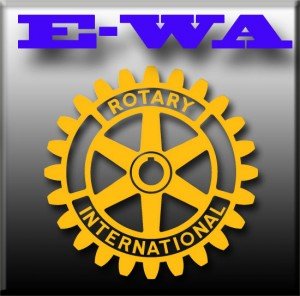 Each year, Rotary International recognizes up to three clubs from
each district for implementing proactive and creative initiatives in
three areas:

DG 2013-14  Erwin Biemel congratulates the following clubs who have received these awards for their membership successes during 2013-14:

The Rotary Club of Esperance targeted prospective Rotarians from the business community within Esperance and the local district.
The Club sent invitations to prospective members inviting them to come to a Rotary information night, followed up by personal
approach from a nominated member.

All positive responses were allocated a member to pick up the possible new member and host them for that meeting and other following meetings.

These efforts resulted in an increase of 5 younger members in a 9 month period that joined the Club.

The Membership Committee of the Mill Point Rotary Club have instituted a Special Training for Action in Rotary (STAR) Program.

New members and their ‘mentors meet on a bi monthly basis. Each meeting focuses on a Avenue of Service and allows participants to learn Rotary detail and how it relates at club level. The Membership Committee develop series of questions and these are distributed before the meeting. Committee take turns to host the evening and invite guests, as well as the current Director of the nominated Avenue of Service.

The President has also invited ‘observers’ from other clubs to encourage them to also adopt the STAR program.

Whilst the questions focus on the Avenue of Service, they include the activities that Club facilitates and coordinates.

Participants learn about the history of Rotary, of their Club and are able to question in an informal way. This encourages Mentors to take responsibility of the newest nominee, and gives the Committee the opportunity to gauge them.

Engaging new members from the start and ‘checking in’ on how connected they are to the club is vital. It spread a wider understanding of Rotary and the club, enables members to be aware of club activities and how and where they can contribute and take ownership.

The Rotary Club of Southern Districts accepted the invitation from
DG Erwin Biemel to sponsor the new E-WA Rotary eClub.

The E-WA, Rotary Club of Southern Districts is helping to open a
whole new frontier of Rotary experiences in WA.

Once numbers increase it is anticipated that the E-WA will become
a provisional Rotary Club, the final step to chartering as a new club.